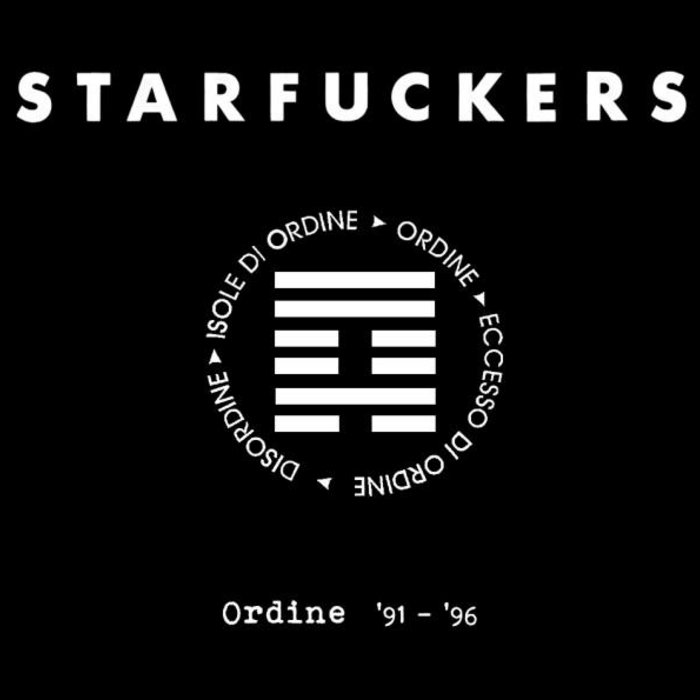 No need to tell much about Starfuckers. This essential band from Bologna is one of our favorites from the teeange days, and that's why we're really honoured to have them on our label. This CD is something we dreamt from years: it gathers Their 1991's long time deleted mini-lp BRODO DI CAGNE STRATEGICO [now on CD for the very first time] plus the album SINISTRI (maybe their masterpiece) - originally released in 1994 on Underground Records.
And again : 2 songs taken from 2 comps + 1 unreleased one.'91/'96 was possibly the best Starfuckers phase.
After the primal post-Stooges noise in the late '8os, They created their own way for noise rock in Italy [in the early 9o's, Bologna also spawned Massimo Volume and Splatterpink, just to name a couple] taking inspiration from NY no wave + noise rock, but keeping their own attitude and personality. After that, they choosed to follow even more radical paths and the result was an exciting form of noise/experimental Muzik that also paid its tribute to '9oo avant-garde (Maderna, Cage, Xenakis), altought it seemed to have the only aim of killing its own ego until a sort of rock'n'roll tabula rasa. It's all here, in these 16 historical trx. Everything is been remastered by Giuseppe Ielasi, and, in our opinion he did a great work - songs details are much more focused now, but respecting the initial spirit / sound.
And after a while, They'll be touring Italy again, soon.

Ltd to 5oo copies only!

8: From "Comin' Down Fast: a gathering of garbage, lies and reflections on Charles Manson" (Heleter Skelter, 1993)

Bandcamp Daily  your guide to the world of Bandcamp

Featuring interviews with the mighty Hiatus Kaiyote and genre-busting L'Rain.